To share your memory on the wall of Darlene Blankin, sign in using one of the following options:

Provide comfort for the family by sending flowers or planting a tree in memory of Darlene Blankin.

Provide comfort for the family of Darlene Blankin with a meaningful gesture of sympathy.

Blacksburg--Mrs. Darlene Parker Blankin, 74, of 208 Sunset Drive, went home to be with the Lord on Thursday, January 7th, 2021 at Cherokee Medical Center.

Born in Gaffney, she was the wife of Donald Blankin and daughter of the late W.F. ... Read More
Blacksburg--Mrs. Darlene Parker Blankin, 74, of 208 Sunset Drive, went home to be with the Lord on Thursday, January 7th, 2021 at Cherokee Medical Center.

Born in Gaffney, she was the wife of Donald Blankin and daughter of the late W.F. and Virgie Spencer Parker.

Mrs Blankin was a member of Nazareth Baptist Church, a former member of the Women's Club, a cheerleading mom, brownie leader and enjoyed baking.

In addition to her parents, she was preceded in death by a niece, Inge Parker.

Graveside Services will be held on Monday, January 11th at 1pm in Hopewell Baptist Church Cemetery.

The family will receive friends on Sunday, January 10th from 6 until 8pm at Gordon Mortuary.

Book of memories available at www.gordonmortuary.com

The Blacksburg location of Gordon Mortuary is serving the family.

To send flowers to the family or plant a tree in memory of Darlene Parker Blankin (Parker), please visit our Heartfelt Sympathies Store.
Read Less

Receive notifications about information and event scheduling for Darlene 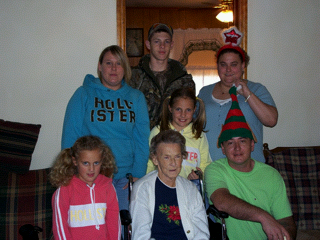 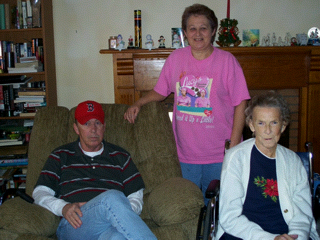 We encourage you to share any memorable photos or stories about Darlene. All tributes placed on and purchased through this memorial website will remain on in perpetuity for generations.

Christy and Ally Leskanic and Miranda Boling and family sent flowers to the family of Darlene Parker Blankin (Parker).
Show you care by sending flowers
Hand delivered by a local florist

Christy and Ally Leskanic and Miranda Boling and family sent flowers to the family of Darlene Parker Blankin (Parker).
Show you care by sending flowers
Hand delivered by a local florist

I'm at a loss for words. Keeping you all in my thoughts and prayers. Monica Sutson
Comment | Share Posted Jan 11, 2021 at 12:02am via Condolence
CL

We love you all and are so sorry for you loss

Wishing you peace to bring comfort, courage to face the days ahead and loving memories to forever hold in your hearts.

The FTD Comfort Planter was purchased for the family of Darlene Blankin.
Order Now | Show All
Comment | Share Posted Jan 10, 2021 at 11:00am via Floral Arrangements
TD

Darlene gave so much to so many. We will never forget her. May your family take comfort in knowing that you are all in our thoughts & prayers.

Donnie, So sorry to hear that Darlene has passed away. I will be keeping you and your family in my prayers. Dave Baillie
Comment | Share Posted Jan 09, 2021 at 11:21am via Condolence